So after 18months in hibernation , including a house move and several lockdowns , venues are beginning to open up again and I’m getting back out playing . After several warm -up open mics to make sure I haven’t forgotten everything, I have two longer sets coming up :

A belated posting of this , but I thought I’d already done it .

Early in 2020 a good friend of ours in Sarasota finally lost a long standing battle with Cancer . Tony was a poet with whom we shared a connection, as he was born in Cirencester before moving to the USA. I met Tony at a music party hosted by Jean Bayou in Sarasota, not long after our move to the USA, and later at various open mics , and we became friends .

When I was also undergoing Chemo we spoke on the phone on a number of occasions , and formed a sort of bond.

On our last visit to the USA in November 2019 we met Tony for breakfast in a diner in Sarasota which was famous for a visit by Elvis Presley in the 1960’s and it appeared to have not changed too much since !. We had a good time and were glad we were able to see him for one last time .

I wrote this song for him using some of his poetry, both as a chorus and interspersed in the song and it is my small tribute to him .

Breakfast with the King

This version features Ted Fordney on bass and Pete Young on Piano, but I have recently been playing a slimmed down solo version live , and it works equally well in that format.

A few weeks ago I decided to reactivate my Soundcloud account .

I plan to use this to publish un-released demos of mainly new songs , but also occasional versions of Old Songs . The first recording I put up was a new Acoustic recording of Rose Tattoo with Ted on bass , which was entered in The Talent is Timeless song competition, and was long listed , but sadly made it no further .

You can listen here : Perfect Mistake

Amazingly it is 20 years since Ulterior Motives released their first album “Rooks”. After playing together as a live band ,with occasional breaks , since the early 80’s we finally got together to record and release this CD in 2001.

We recorded in a number of locations in and around Wantage, with much of the final engineering and production by Andy Boyd.

We always felt this album was underrated and were limited in the amount of promotion we were able to give it .

To celebrate the 20th Anniversary, we decided to make Rooks available on all the commercial streaming services ( Which didn’t exist in 2001 ) so please give it a listen.

When I go back and listen to it the album still retains a freshness and invention , but retaining the tight sound of a regularly gigging band.

Who knows, we may even get out there and play an anniversary concert if we’re able ………………………

On Wednesday 7th April I’ll be broadcast a 30 minute “Live ” solo set as part of the Common Grounds weekly open mic on www.KDWradio.com .The set was recorded in a single take in my Shepherds Hut in Herefordshire so is complete with mistakes etc but felt that was the best way to capture it. The songs range from a re-vamp of the first song I ever wrote through to some less familiar tracks and a couple of older favourites .

As the show is broadcast in the middle of the night in the UK, I’ll put the show up live on my YouTube page the day afterwards through the following link : https://youtu.be/SO6IAMVR1K8

A couple of new Demo recordings this month :

Way back when I first started out playing music and songwriting as a teenager in Bath I wrote my first song “Moving On ” as a straightforward electric blues song .

I’ve played with it periodically over the years and recently rewrote and updated it some 45 years later.

I recorded this track in a more acoustic style , to try to create an “old time ” feel with Ted Fordney on bass.

As lockdown continues here I’ve carried on my recording projects and tried to try different things . This is a new song which grew out of an instrumental developed on my newly built tenor guitar

The song and title “Perfect Mistake” came from an interview with John Prine that I listened to a couple of months ago, after his sad passing due to Covid. He was a fantastic songwriter who I only re-discovered 3 or4 years ago, although he featured on the 2nd album I ever bought back in the 70’s .

This recording features Tenor and acoustic guitar along with Ted Fordney on Double Bass.

One thing that the periods spent in Lockdown has enabled me to do is to revisit my computer hard drives and music archives and re-look at tracks that might be of interest .

I initially transferred my oldest band recordings from some very old cassette tapes into a digital format . After cleaning them up I re-mastered a few of the most worthwhile tracks and this is one of them, and I think it still captures some of the energy of that period.

Loving You isn’t Easy was recorded a studio in SouthHill Park in Bracknell in 1978 by Stolen Goods . This was one of two tracks from that session and featured the lineup of :

I wrote this song during the summer of 1976, and although I began a brief difficult relationship at that time, I’m not sure it actually refers to it.

Just to add some embarrassment and illustrate the fashion failures of the time here is a band promo picture from that year . This was just before punk really became an influence.

The second track I rediscovered was much more recent and from a session in 2003 although I don’t actually remember where we recorded it . At the time it was shelved and personal circumstances took over for a while and by the time we re-grouped in 2004 to record the second Ulterior Motives album “Simple Schemes” it was forgotten.

Anyway Sleepless Nights as a song dates back again to the Summer of 1976, and had formed part of the Stolen Goods live set . This recording features :

This was 3/4 of Ulterior Motives , but our drummer had recently suffered a serious heart issue and was on a compulsory rest , hence the use of a machine on this recording .

As we started the new year with another lockdown in The UK , I’ve continued the demo recording process for new songs .

50 Shades of Grey :This song was written at the end of 2020 , but doesn’t mention covid or lockdowns, instead focusses on tolerance and equality , which I hope will be given much more consideration ( particularly in the USA ) in 2021. It’s also about debate and the fact that many things are not black and white but have nuances ,and opinions should be open to influence rather than remaining entrenched .

Apart from that it’s a jolly pop production, and I’m joined on bass by Ted Fordney , socially distanced in the Florida sunshine .

For those that missed the live broadcast , my set recorded for Common Grounds is available to watch/listen to on YouTube :

This Wednesday 13th January I have a new set which will be airing as part of the Common Grounds open mic on KDW radio in Northport Florida.

I recorded my set in advance here in the UK , as I’m not able to attend in person , but it will be a 30 minute set including some brand new songs . My set will close the show at 8:30 pm ET . Please try to listen in and continue to support this venue which was an oasis for acoustic music in this part of Florida .

or go and listen on :www.kdwradio.com

It’s hard to believe it was 12 months ago that I played my last gig in Florida , when we took over JR’s Old Packinghouse for the evening . It was great to be joined on stage by  Ted Fordney and Rico for the evening plus lots of individual guests . Big thanks to Roman, Wendy, Kate, RJ, Rick , Joe , Bob and Stretch, and to Stretch and Gail for organising the evening for me it was great fun, and I won’t forget it. This has seemed like a long 12 months at times, and yet this night seemed like only yesterday . Here are a few fabulous pictures from the night taken by Josie 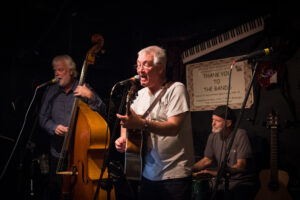 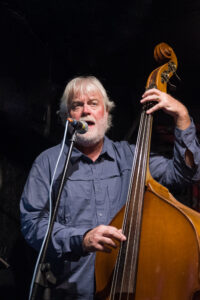 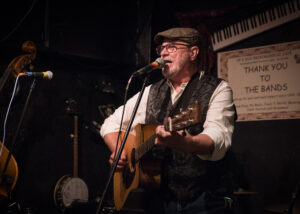 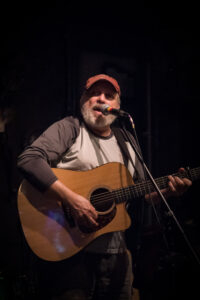 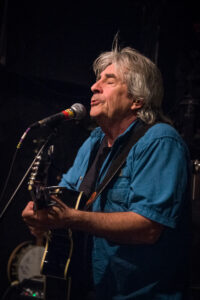 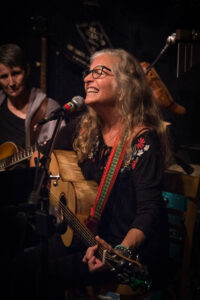 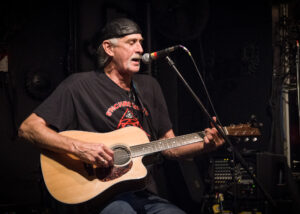 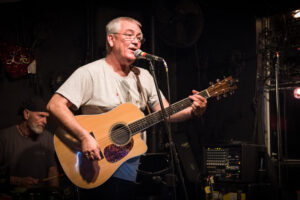 About a month ago, in the absence of the likelihood of a trip to Florida for the foreseeable future I recorded a set for the Common Grounds open mic , which for technical reasons hasn’t made it to air. So here is a 30 minute live set which I’ve called CG at Home with a mix of old and new songs recorded in my hut in Herefordshire.  If the video starts part way through, please rewind to the start !!!

If you like this a number of these songs are on  my latest album “Wildflowers ” , available on Bandcamp   plus all of the usual streaming and download services  . 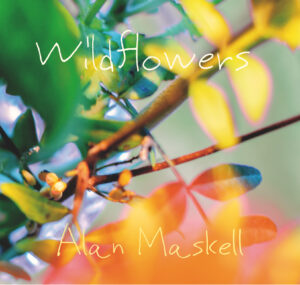